If we show just a few drawings of cows to small children, they’ll eventually be able to recognize any cow they see.

Humans can learn to drive a car in approximately 20 hours with very little supervision.

On the other hand, completely autonomous driving confuses our greatest ML systems trained thousands of hours.

In this context self-supervised learning is simple a way to learn the common sense.

Both self-supervised and semi-supervised learning are currently hot trends in machine learning.

Word2Vec will generate the same vector for each word from the dictionary. The problem is then when we use homonyms or multiple-meaning words.

BERT will generate different vectors for the same word being used in two different contexts, so it fixes the problems with homonyms.

GloVe is very similar to Word2Vec and one may perform better than other just based on a dataset of choice.

Today, the NLP trend is either self-supervised or semi-supervised if we consider the dominant models such as: RoBERTa, XLM-R, GPT-2, GPT-3, T5, etc.

What is self-supervised learning?

In self-supervised learning labels are generated from the data itself.

If we have a sentence: This is a cat.

We can label each word with a specific word type, or we can label the whole sentence either positive or negative. This is a supervised approach.

Self-supervised learning approach is what BERT will do. If we omit the word and try to guess it.

Now, the label is whatever is missing, and the task of self-supervised machine learning is to figure out the label given the masked sentence.

To create the labels in the previous case we used the technique called masking. 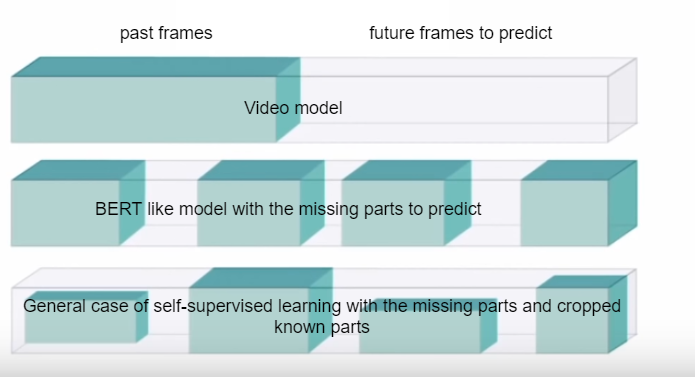 There are some obvious differences to notice when applying self-supervised learning on text and on video.

In case of the vision problems we don’t have a discrete problem to solve. If we mask a part of the image and try to reconstruct what’s missing there will be many ways to replace what’s missing. 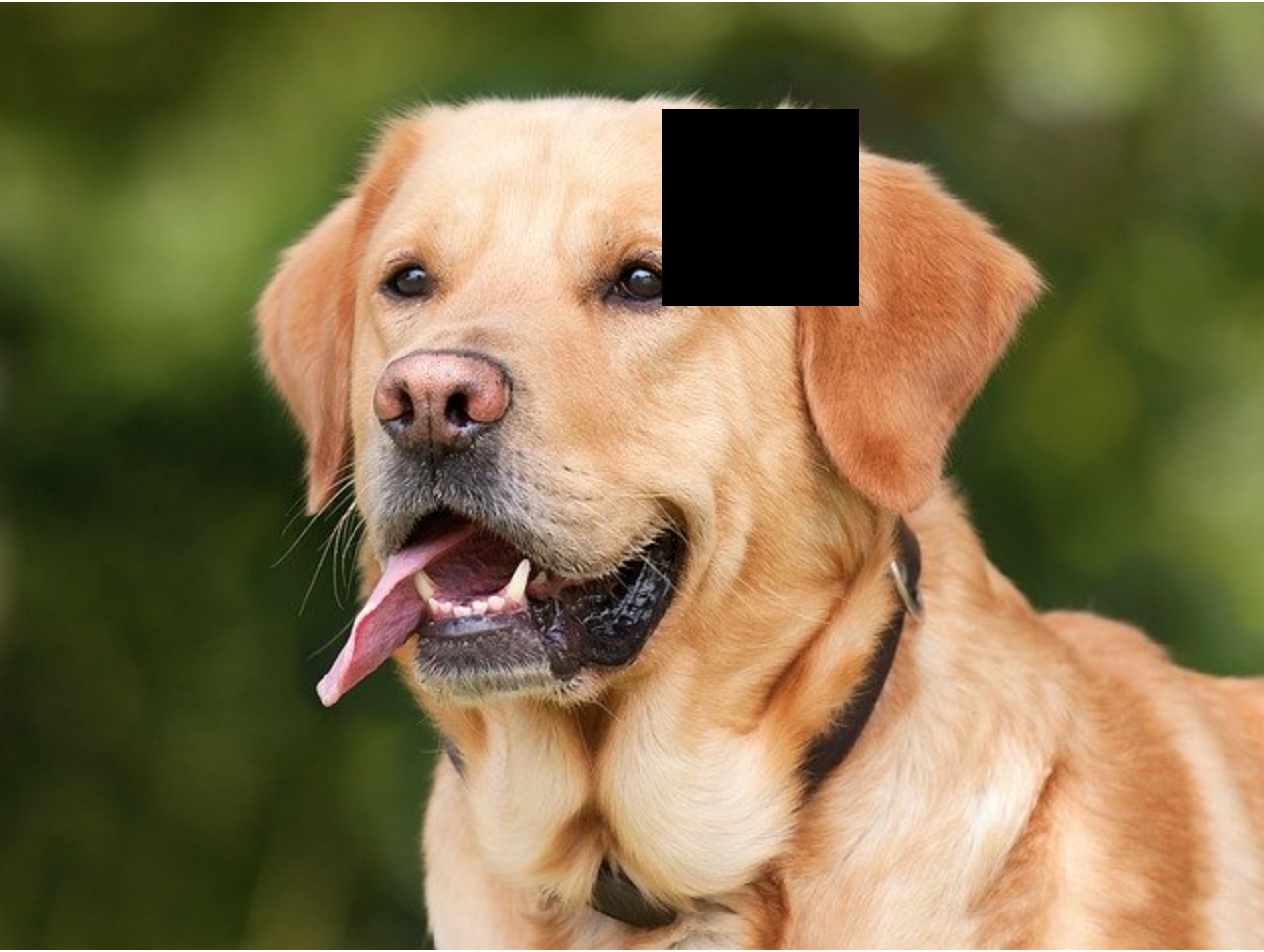 From this reason it is hard to reason about the problem dimensionality in case of vision tasks.

In computer vision a loss function can also be called the energy function. 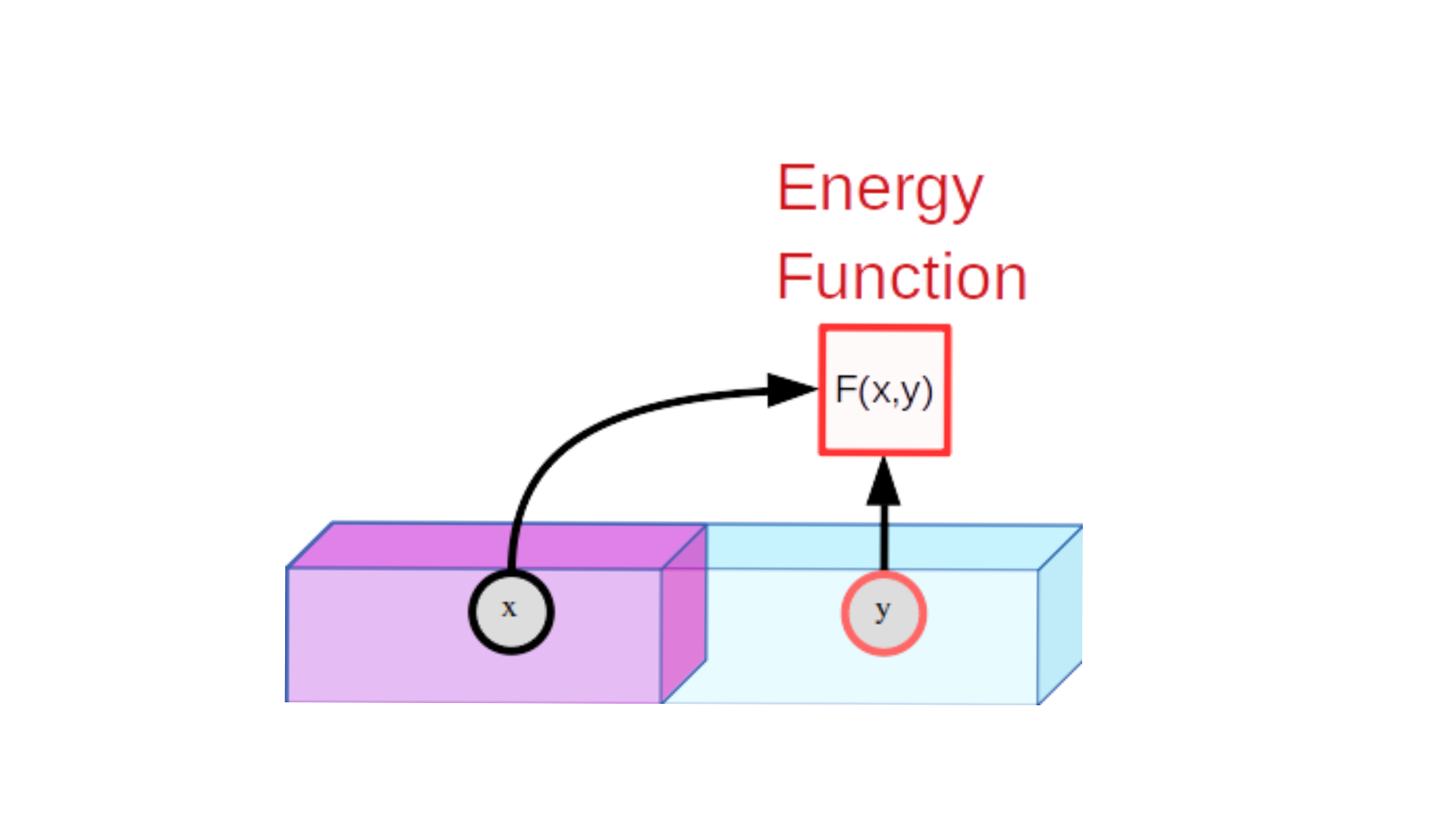 Probably the most popular task for self-supervised learning are siamese images. You can create them with slight distortion of the original such as the crop effect. 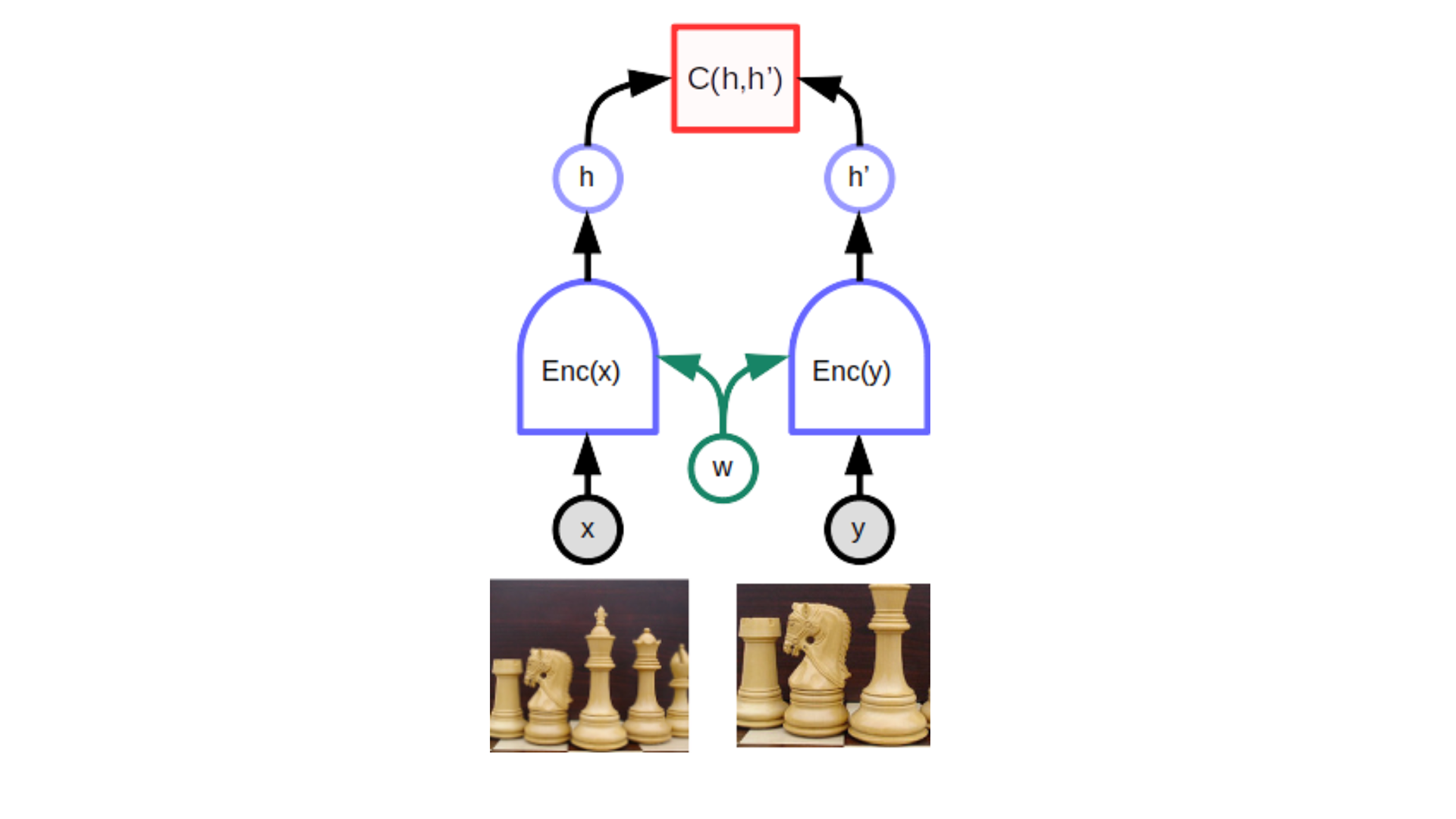 The inner product is bigger if the features are close enough, else it’s smaller.

The collapse problem with siamese images

There is a catch with these siamese images. If we had just two similar images we would run to a problem called collapse.

The blue dots from the animation are similar images and green dots are contrastive images.

Yann explains in the article the reasoning behind introducing the contrastive images:

When $x$ and $y$ are slightly different the system is trained to produce the low energy. The difficult part is to train the model so it produces high energy.

This means we need to create different embeddings (features) for different images in order for the model to effectively learn. 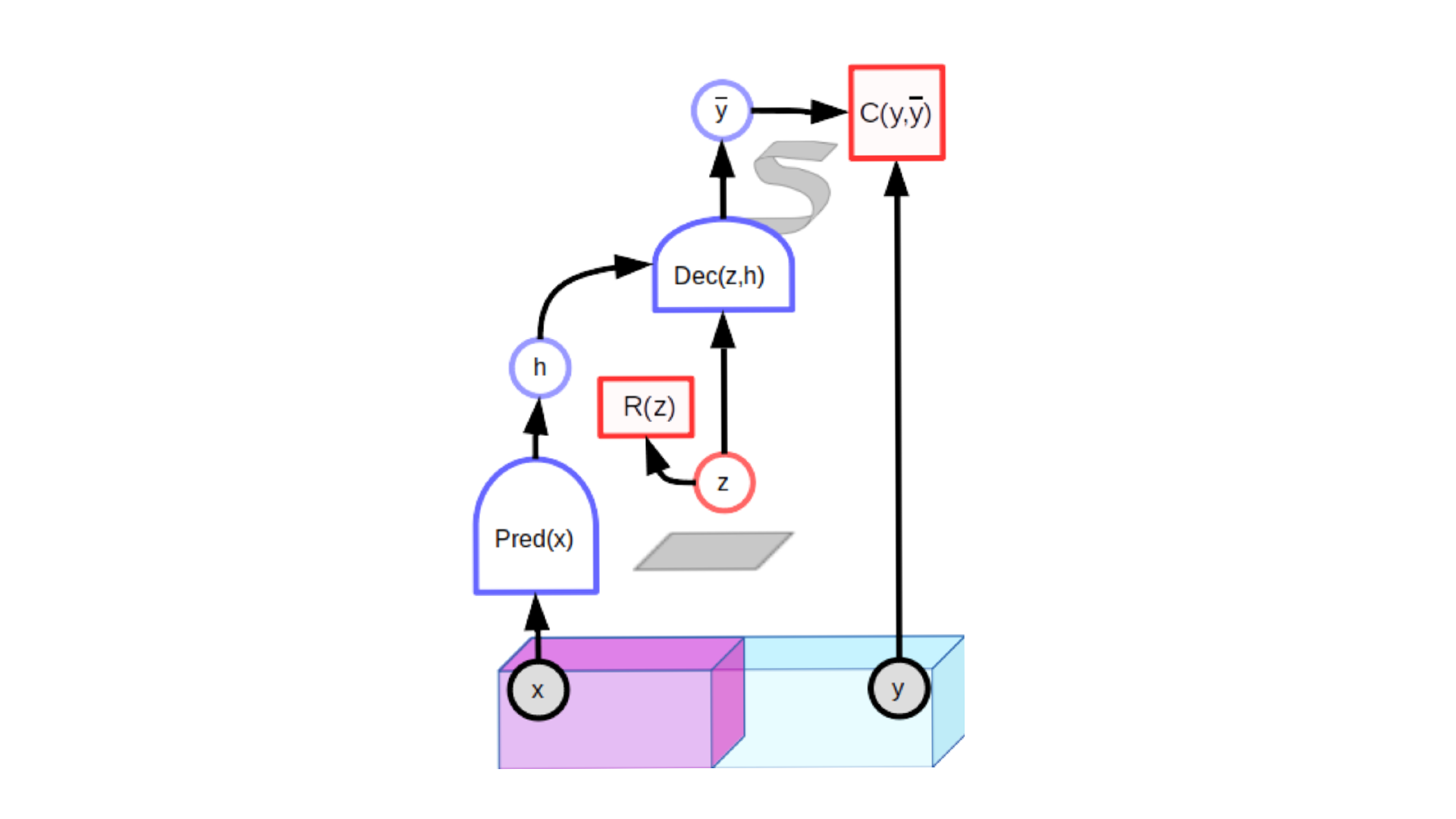 The second method to avoid collapse problems is regularization of the latent variable in a specific architecture called latent-variable predictive architecture.

In the image hidden representation $h$ is the output of the encoder from the original $x$. The encoded features $h$ would convert to a single prediction after the decoder part if there would be no latent variable.

By picking different latent variables $z$ from the latent space we enforce different possible predictions (not just one).

The skill to balance the impact of the input image $x$ and latent variable $z$ is crucial when creating a good model.

If the impact of input $x$ is very small we get the typical GAN model.

If the impact of the latent variable $z$ is very small we have the basic predictive model.

The gain with latent-variable predictive architecture is that we don’t need to use contrastive images. We can learn just from similar images.

Self-supervised learning is the latest trend in machine learning. Just to name GPT-3 and BERT models that use it.

BERT is an example of self-supervised learning for NLP tasks.

For visual tasks it is not possible to use classification like BERT does.

Another approach is to use latent-variable predictive models. This is probably the way to go for the visual self-supervised tasks.